The ratification results of the six amendments to the Tau Beta Pi Constitution and Bylaws approved at the 2014 Convention have been posted. With 281 (243 collegiate and 38 alumni) eligible to vote, 211 or more affirmative chapter votes were required to ratify an amendment, and 71 or more negative votes would defeat the amendments. A total of 245 valid ballots were submitted to TBP Headquarters. Three of the amendments were ratified by the chapters and the other three were ratified by the TBP Executive Council vote for invalid or missing chapters. The ratified amendments are effective now. Click here for the ratification ballot letter.

On Saturday, April 25, the New Jersey Alpha Chapter of Tau Beta Pi, at Stevens Institute Institute of Technology, raised $2,500 for the Alzheimer’s Foundation by hosting the Pi Mile Run. More than 200 participants came out to run or walk, and even more were on hand to support participants. Visit the chapter’s Facebook page for images from the successful run. The Stute also covered the event, which was organized by Tatyana Fedorenko, NJ A 2015, Tau Beta Pi NJ Alpha Philanthropy Chair. Read more 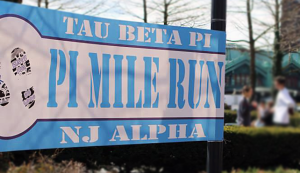 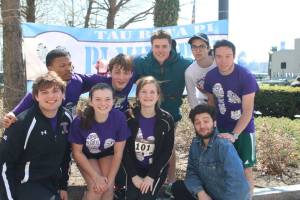 A team of graduate students and a mechanical engineering researcher from the Cockrell School of Engineering at University of Texas (UT) “have developed a first-of-its kind, two-armed, robotic rehabilitation exoskeleton that could provide a new method of high-quality, data-driven therapy to patients suffering from spinal and neurological injuries.” Read the news feature and watch the video introduction to learn more about the exoskeleton named HARMONY.