The Massachusetts Theta Chapter of Tau Beta Pi, at the University of Massachusetts at Amherst, posted the image below of the Bent monument on their campus to the chapter’s Instagram page. 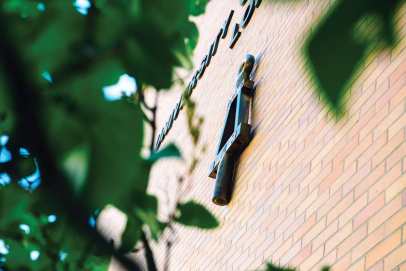 On September 5, the Senate Committee on commerce, science, and transportation voted unanimously to approve Kelvin K. Droegemeier, Ph.D. (OK A ’80), as the director of the White House Office of Science and Technology Policy (OSTP) and science adviser to President Donald Trump.

Dr. Droegemeier, an expert on extreme-weather events, recently stepped down as vice-president for research at the University of Oklahoma. The last step is a vote by the full Senate, which is expected later this month. Read more here.

Courtney M. Dumont, Ph.D. (NY G ’09), has been announced as an assistant professor in the department of biomedical engineering at the University of Miami College of Engineering. Dr. Dumont joined the college on August 15.

According to the announcement, her research interests include the field of therapies for nervous system repair, biomaterial development, and vascular engineering. Dr. Dumont earned her bachelor’s, master’s, and Ph.D. degrees in biomedical engineering from the Rensselaer Polytechnic Institute (NY).